Just beautiful, restored as an XP-51 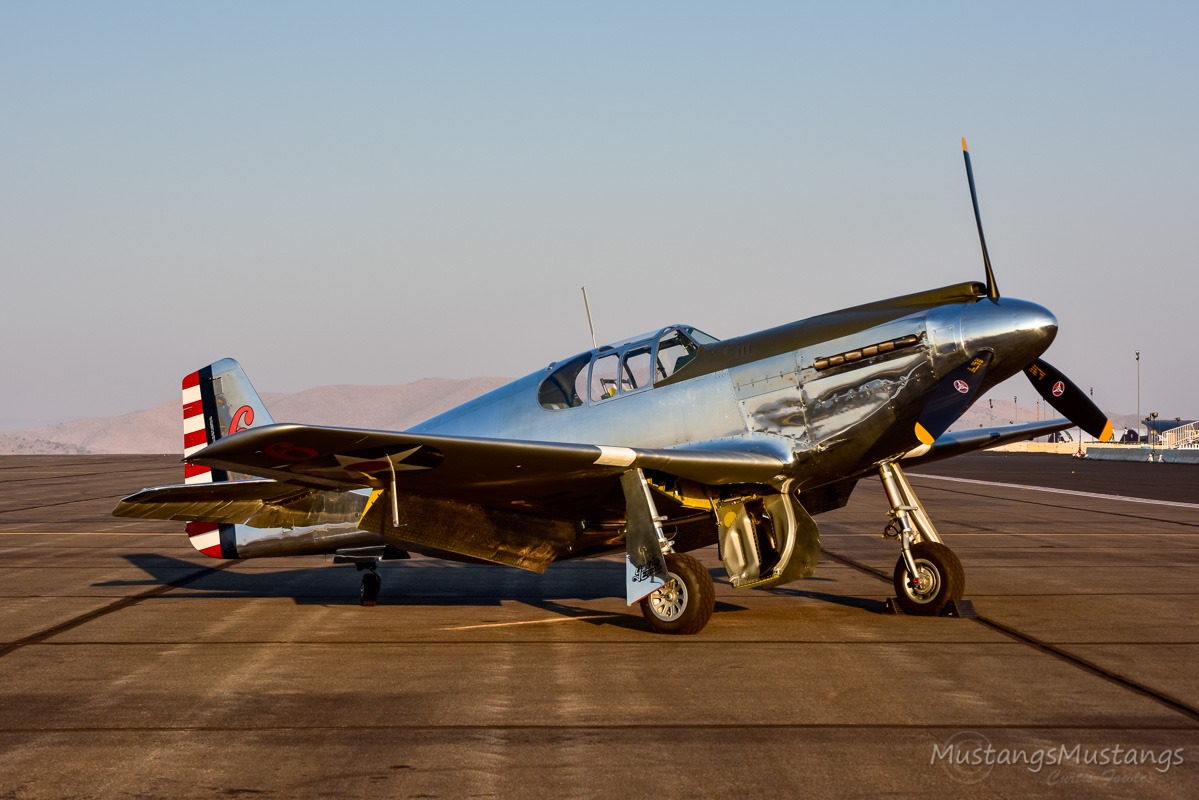 On Feb 16, 1944, P-51A 43-6006 crashed near Summit Alaska killing its pilot Edward W. Getter. For years the wreckage sat where the crash occurred being marked by passer-bys and hunters. In 1977, Waldon "Moon" Spillers recovered the wreckage and shipped back to Ohio for restoration. In 1985 the P-51 took flight once again. During the restoration, P-51A parts were difficult to come by. The aircraft was basically a P-51A from the firewall forward and a combination of P-51B/C and P-51D parts to complete the aircraft. 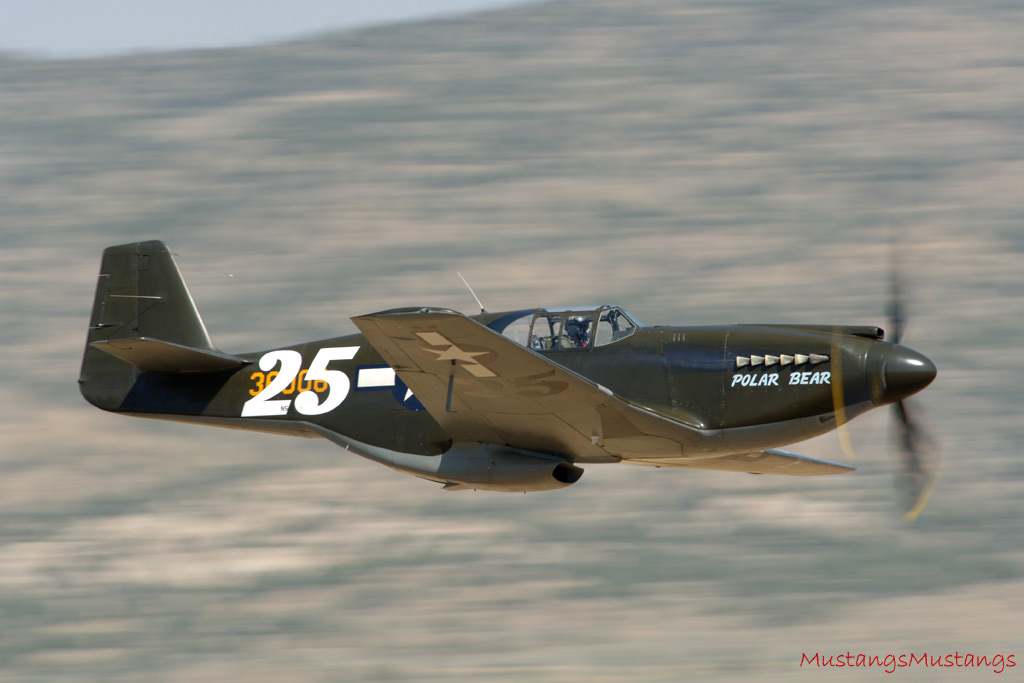 Imagine the "fun" the Muszala's had restoring this bird to P-51A authenticity. All dimensions and parts of the A, B/C and D are not identical or interchangeable. John had to reach deep into his restoration experience to pull this one off. In August of 2017, the P-51A took flight and preparation started to bring this bird to the Reno Air Races. Little John had the honors of piloting the shiny new P-51 at the races. To say they were "careful" is quite an understatement. Lots of aircraft parts, especially the engine parts, get broken while racing - even at stock power settings. 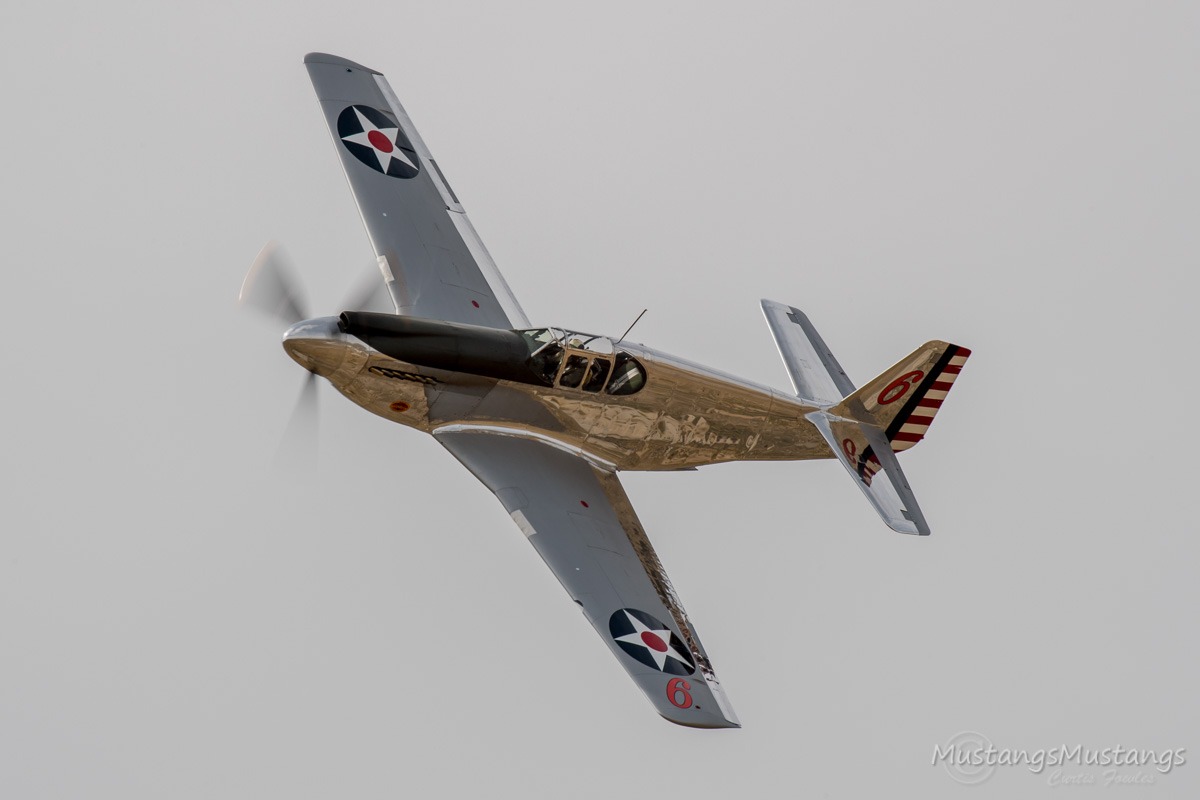 The week went near perfect. Little John looked like a seasoned pro rounding the pylons. Lucky for us fans and photogs, they towed her out onto the ramp for some photos in the soft evening light at Stead Field. After the races were over, the team applied more markings that make this P-51A look just like XP-51 #1039. 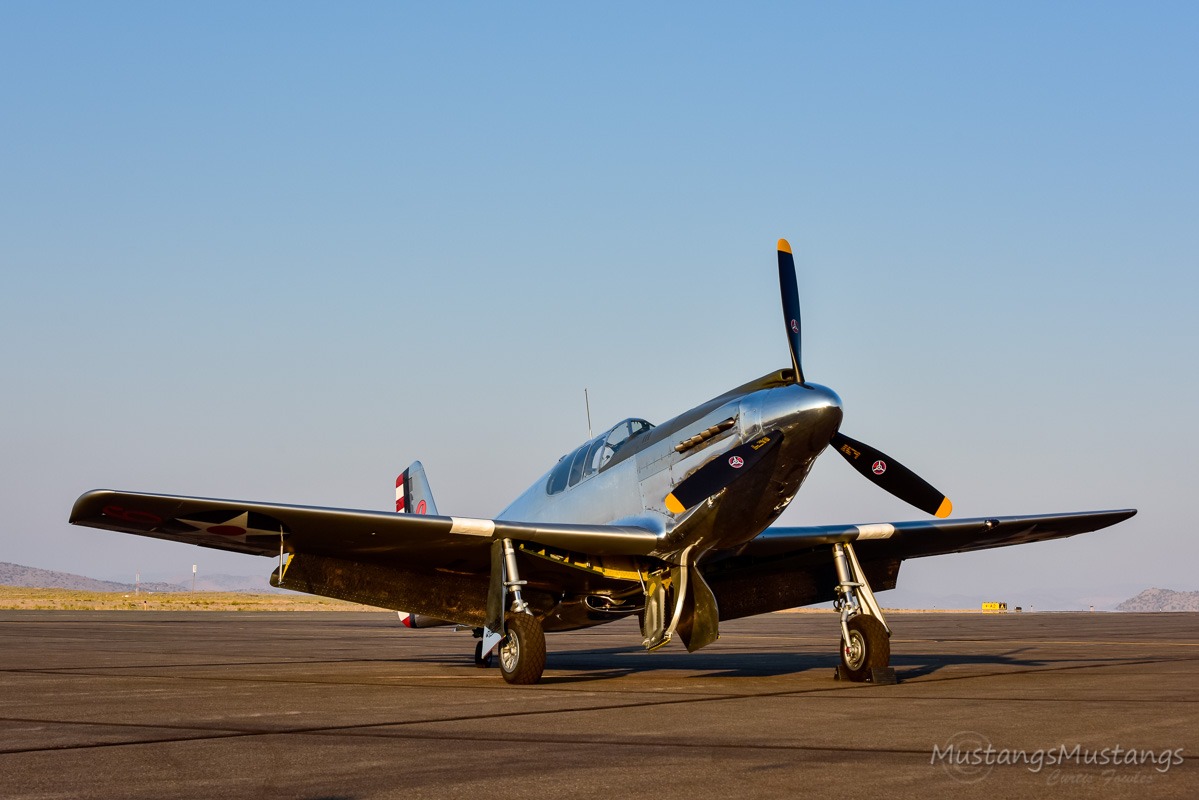